In these times of political instability, back stabbing and general incompetence, one man stands out from the crowd.

His methods are unorthodox, and his demeanour downright rude at times, but the Speaker John Bercow is playing a crucial role in helping to get Brexit over the line in an orderly fashion.

He’s been at it again this week, refusing to end the current Parliamentary session early in order to force through a No Deal Brexit.

His words? ‘That is simply not going to happen’.

The move came as Dominic Raab, one of the main candidates in the Tory leadership battle, said that he would be prepared to shut down Parliament – if he gets into power that is – to ensure that the UK leaves the European Union, come what may, on October 31.

That could be done using a legal method known as ‘prorogation’, although Raab has come under fire from his fellow MPs for a blatant attempt at electioneering as the Conservatives seek out their new leader.

Some have called it a ‘subversion of democracy’, others have said that it can only be done if the dates are right.

And Bercow? He’s having none of it.

The current parliamentary session has been in action for two years as the furore surrounding Brexit continues to be a major sticking point. Incredibly, it’s the longest session without a break since the 1800 Acts of Union, according to the Shadow Leader of the House, Valerie Vaz.

Each session, which is supposed to last for around a year, is normally closed by the Queen in her act of proroguing, although in reality this only comes to an end once the government decides to draw a close on the current legislative negotiations.

So Raab, in theory, could enact Parliament’s powers, however it would leave the House in a state of disarray to call time on the session with so many questions left unanswered.

And, in reality, the idea would be to keep MPs away from the Commons, which would mean that a No Deal Brexit is automatically triggered.

The last word should go to Bercow, who when quizzed on the possibility of Raab’s plan was unequivocal: the conclusion that this would not happen is ‘so blindingly obvious it almost doesn’t need to be stated’.

The Speaker Plays It Down the Middle

Given the titanic nature of the Brexit situation, it’s reassuring that the man in the Speaker’s chair is as resolute and determined as Bercow.

He’s been the Speaker of the House since 2009, and has declared an interest in remaining in the role until 2022. The MP for Buckingham, Bercow is a former member of the Conservative Party who changed his political alliance during his tenure in the Commons – after being sacked by former Conservative leader Michael Howard in 2004.

He declared an intention to run for the role of Speaker when the incumbent, Michael Martin, resigned, and the 56-year-old required the votes of rival parties to ensure he was elected to the position – something that did not go down well with his former Tory colleagues.

Bercow has enjoyed a rich and varied life up until this point. He was once, almost unbelievably, the number one ranked junior tennis player in the UK, but a nasty bout of asthma ended his hopes of taking up the sport professionally.

As a youngster he was a committed right wing activist, and as a member of the lunk-headed Conservative Monday Club he once declared that immigrants should be repatriated – despite his own grandparents being Romanian immigrants to England. The foolishness of youth, perhaps. 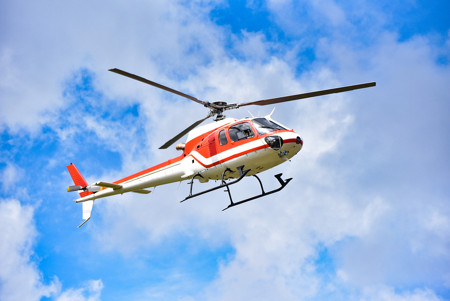 After failing to get elected in two subsequent general elections, Bercow hired a helicopter so that he could attend two different selection meetings on the same day for safe Tory seats: Buckingham and Surrey Heath, eventually being selected to campaign for the former. “It’s the best £1,000 I’ve ever spent,” he said, after triumphing in the 1997 election. He’s been the MP for Buckingham ever since.

He’s been lambasted for not remaining totally impartial at all times, as he ought to really as the Speaker, and once said he ‘strongly opposed’ the plan for Donald Trump to speak in the Houses of Parliament, something that never saw the light of day.

Bercow has been a vocal opponent to a No Deal Brexit as well, and recently prevented Theresa May from tabling an amended EU divorce plan because it was ‘substantially the same’ as the late set of amendments.

He may not be everyone’s cup of tea, but at least Bercow has a habit of sticking his head above the parapet and holding our floundering elected representatives to account. It’s a key function in an increasingly incompetent House. 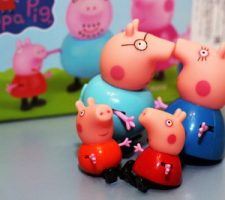