They seem to come along like buses, do parliamentary scandals: you wait ages for one and then two come along at once.

The dust has by no means settled on the sexual misconduct allegations dished out against a number of MPs and political figures, and you can bet your bottom dollar that a lot more dirt is yet to be unearthed as far as that sorry tale is concerned.

But light relief for those accused of misdemeanours has come this week courtesy of Priti Patel, a cabinet minister who has been up to no good herself.

Patel was the international development secretary; a role that acts on areas such as the foreign aid budget as well as consulting on certain aspects of the Brexit negotiations – she was a publicly-proud ‘Leave’ voter.

But a family holiday in Israel turned into a business opportunity for Patel, and she has since resigned from her position after it became untenable.

So What Exactly Has Priti Patel Done Wrong?

As part of her role, Patel is responsible for overseeing international development and leading the UK’s funding programme to developing nations, with a pot of cash dished out to worthy causes each year as she sees fit.

Clearly, meeting with Israeli officials while on a private holiday – including their prime minister Benjamin Netanyahu – is see as contrary to the rules of how the role should be carried out, with the insinuation that Israel were lobbying Patel for a greater share of the coffers.

As one anonymous former minister told the BBC: “What does it say to the rest of the Middle East if a senior Cabinet minister in charge of Britain’s huge aid budget disappears for 48 hours from a family holiday in Israel and is under the wing of a pro-Israeli lobbyist?”

The 45-year-old is a known supporter of Israel in their ongoing battle with Palestine, and has been quoted as saying she voted against gay marriage and is in favour of bringing back the death penalty. Her father also stood as a UKIP councillor, and cites Margaret Thatcher as a political inspiration.

There was also the time where, famously, she hinted that her own job was obsolete when she called for the foreign aid department to be scrapped.

The problem here is that Patel should have told the Foreign Office about her business affairs overseas – that is a convention of governance. It’s a breach of an age-old code of conduct, and presents the potential of lobbying, which is also frowned upon.

Remarkably, she not only tried to dodge the blame but also attempted to pin it on Boris Johnson. “Boris knew about the visit. The point is that the Foreign Office did know about this, Boris knew about [the trip]. It is not on, it is not on at all.

“I went out there, I paid for it. And there is nothing else to this. It is quite extraordinary. It is for the Foreign Office to go away and explain themselves,” were her words to The Guardian.

Some more rather mischievous political figures on both the blue and red sides have accused her of trying to curry favour ahead of a possible leadership campaign when/if Theresa May steps aside. The process of politicking to become PM is an expensive process, so wealthy donors – Israeli or otherwise – are welcome.

May Day for Theresa

Even though the latest scandal is far beyond her control, once again the knives have been out for Theresa May who now faces yet another cabinet reshuffle.

Forthright publication the London Economic led with an article on Wednesday that outlined the fall-out of the sexual assault scandal and Patel’s conduct from a betting perspective – and the market movements were rather telling.

The odds on May to resign before the end of 2017 have been slashed from 25/1 to 5/2, either as an artificial reaction to the latest parliamentary headache or, possibly, because somebody, somewhere knows something the rest of us don’t.

It should be noted that her likely year of departure is 2018, which has been brought into Even money by the bookmakers, although importantly it was 2019 that was the bookies’ favourite just a month ago!

If 2018 is the end of May, then presumably that would trigger a General Election – yet again the UK would be led by an unelected leader at this point.

And the bookmakers are in doubt as to how a 2018 election would pan out either, with Labour’s odds shrinking in to 8/11 while the Tories lengthen to 11/10.

It really hasn’t been a good week for the PM or her cabinet, has it!? 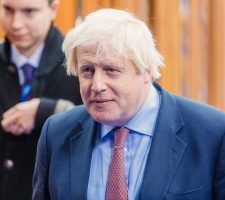