Less than 45 minutes into the Premier League’s resumption following the coronavirus hiatus, video technology controversy was on the agenda once again.

This time it was Hawk-Eye, the tech used to judge whether the ball has crossed the goal line, that was at fault rather than the arch-nemesis of football officiating, VAR. The grateful recipients were Aston Villa, whose goalkeeper Orjan Nyland flapped at a free kick from Sheffield United’s Oliver Norwood and appeared to carry the ball over the line – the goal should have been given.

But in a world first, none of Hawk-Eye’s seven cameras could get a clear angle on the drama, with the ball shielded from view by one, or a combination of, goalkeeper, defender and the post.

If the ball has crossed the line, Hawk-Eye usually sends a signal to the referee’s smart watch, but on this occasion Michael Oliver confirmed that no update was received and so all he could do was wave play on.

The rules in this case prevent VAR from stepping in to, and so a great miscarriage of footballing justice was laid bare barely a blink into the resumption of the action.

“Seven cameras haven’t picked it up – the most technical league in the world –everything we see at every angle and it hasn’t seen a goal,” Sheffield United manager Chris Wilder said. “I think the goalkeeper was in the Holte End when he caught it.”

Hawk-Eye ‘unreservedly apologised’ for the error, although apologies only go so far given that the two points dropped may stop the Blades from qualifying for Europe next season and thus miss out on tens of millions of pounds in revenue.

The mistake is likely to have cost punters a pretty penny too, and this murky world of Hawk-Eye and VAR essentially changing the outcome of individual events in football is having a divisive effect on the betting, too.

Bookies Go On the Defensive 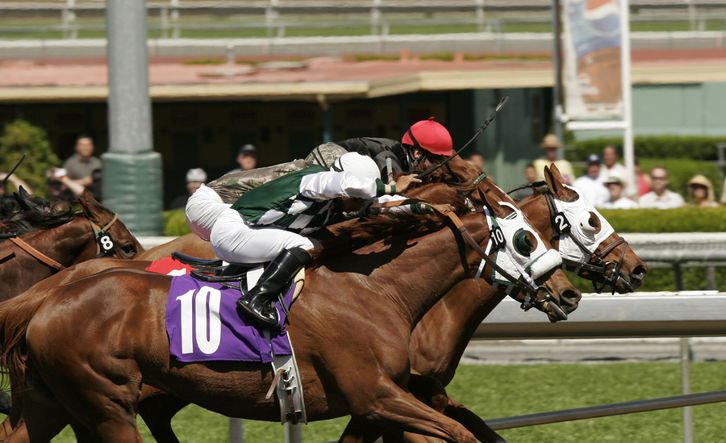 An interesting parallel can be drawn between technology-affected goals in football and photo finishes in horse racing, because both ultimately decide whether a punter ends up on the right or wrong end of a tight call.

The government’s advisor on gambling policy, professor David Forrest, makes such intriguing points on the subject.

“At a racecourse, the bookmakers can see the finish line, so when they set their odds they can form a judgement on who could win a photo finish,” he said. “In a football match, bookmaker odds are set by an algorithm that hasn’t seen a VAR incident, so the gambler immediately has an advantage; they can form a decision simply by reviewing it on TV.”

All bookmakers are informed in-play about a football match by their team of data scouts, who record individual events and stats on their console before feeding the information back to the bookies’ own live betting channel.

This is fine for individual events like cards, corners, shots on target etc, but for VAR related matters – where the decision is sent off to the specialist team at the Stockley Park HQ – the scout is kept in the dark as much as anyone else sat in the stands.

Such a scenario played out at the start of the 2019/20 campaign when Manchester City welcomed Tottenham to the Etihad Stadium. Gabriel Jesus scored what most thought was a late winner for the hosts, however a VAR review ruled out the goal and the game ended 2-2.

The bookmakers had reacted too quickly, however, and most firms had re-priced their market to make City a very short odds-on favourite to win – assuming the goal had been given. Sharp-eyed punters, having seen a number of replays on TV replays themselves, weighed in and either backed the draw or ‘cashed out’ on their original position.

“That last minute ‘goal’ against Tottenham was a very costly one for us,” said Joe Peyt, head of in-play betting at Sky Bet. “I think I took that one worse than Pep Guardiola.”

That one game precipitated a complete sea-change in how the bookmakers operate when VAR reviews are triggered….

How Do Bookies Settle Bets Affected By VAR?

That Manchester City debacle changed the way the bookies govern incidents impacted by VAR (and to a lesser extent Hawk-Eye).

They now suspend betting markets as soon as the action is delayed by a decision being sent to the video review team, so no further bets can be placed until the final call has been made. This is true of allowed or disallowed goals, but also red card and penalty decisions too.

Indeed, a number of pundits have claimed that the bookmakers have increased their overround and thus shortened their prices in order to combat the vagaries of video and goal line technology.

It’s not all doom and gloom, however. Some bookies offer free bets and stake refunds if your selections are negatively impacted by VAR, while on the betting exchanges any bets made between the goal being scored and a VAR decision being taken are voided.

And, if you are very quick, there is a still a chance to benefit from a moment that you suspect will be overturned. In-play betting, as has always been the case, remains a pursuit to be the fastest finger first…. 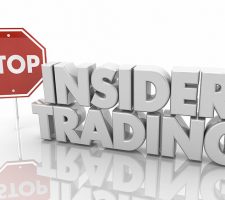 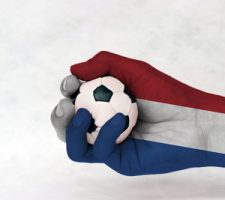 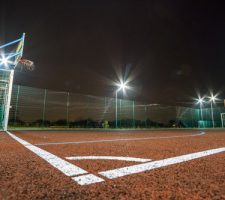