As strange as it sounds, often the announcement of their VP running mate is as huge a factor for a would-be president as anything they might do or say in the election campaign.

And so an early blow has been struck by Joe Biden, who has confirmed the popular Kamala Harris will be his VP for the November presidential election.

It’s another tough loss for Donald Trump, whose popularity is wavering even in the Republicans’ most reliable states, and the announcement of Harris has completely moved the betting market.

Biden is now a warm 1.71 favourite for the winter election – the shortest price he has been, while Trump is now as long as 2.60. While that’s not his longest position – one Betfair Exchange punter was matched at 5.00, it’s clear that the momentum is pushing the Democrat candidate towards the White House.

However, if there’s anything that political betting has taught us in recent years, it’s that absolutely nothing is a dead cert!

Who Is Kamala Harris? 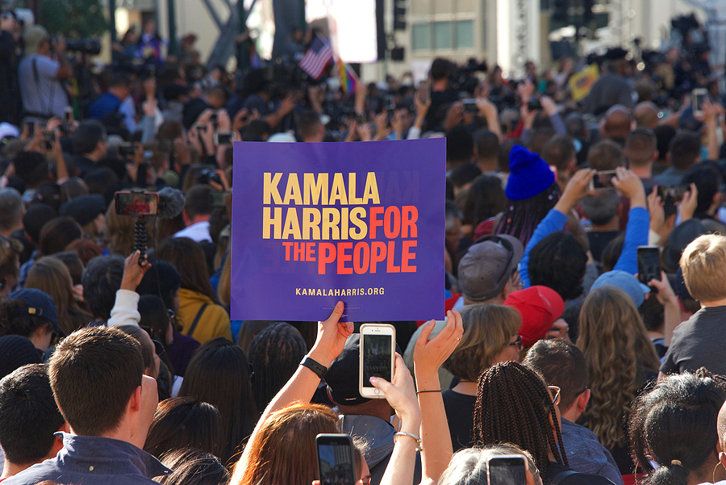 Make no mistake, there is an element of the progressive thinking to Kamala Harris’ selection.

She will become the first black American women to run for national office, and if Joe Biden can triumph in the presidential election she would become the first female in history to serve as VP. Democratic voters are young, ethnically diverse and left of middle, and on that ticket Harris is clearly a smart choice.

Remember, Biden is 77-years-old. He’s not exactly a natural candidate for voters under the age of 30.

This isn’t an appointment of affirmative action, however. Harris has broken through many glass ceilings already in her life, becoming the first woman to ever serve as California’s senator.

And her moderate politics will mesh nicely with Biden’s happiness to take the middle ground, and the powerful boost that Harris will give his campaign – backed by Trump’s ability to continually put his foot in his mouth – highlight just how powerful a position the Democrats are in right now.

Will Harris be able to win over the middle ground voters – so key to success in US politics? She has a reputation for being a fearsome law woman, and that tough stance will certainly appeal to many.

Her other attributes may take longer to win over the masses. She has campaigned for the reclassification of cannabis use to a more minor charge, for a ban on assault rifle ownership and to provide a pathway for illegal immigrants to apply for US citizenship.

The Californian Senator actually ran for the Democrat ticket in this election race, losing out in the first round, but she is being tipped to be a future leader of the party and this experience will act as the perfect grounding for a bright future in frontline politics.

Is Kamala Harris Allowed to Be Vice President?

The US President, the most powerful individual on the planet, perhaps shouldn’t be resorting to tittle tattle.

But that’s exactly what Donald Trump did on Friday when he claimed he’d ‘heard’ that Kamala Harris is not eligible to stand as VP.

Whether that was a tactic designed to belittle her appointment remains to be seen, but Trump was adamant that Harris should not be Biden’s right-hand woman. “I just heard it today that she doesn’t meet the requirements, and by the way the lawyer that wrote that piece is a very highly qualified, very talented lawyer,” Trump said.

“I have no idea if that’s right. I would have assumed the Democrats would have checked that out before she gets chosen to run for vice-president.

“But that’s a very serious, you’re saying that, they’re saying that she doesn’t qualify because she wasn’t born in this country.”

The rules regarding who can run for president or VP are lengthy, but in this case there’s three key distinctions:

To answer all of those questions, Harris was born in Oakland, California, she’s 56-years-old and has lived in the US all her life. Therefore, she is allowed to stand for Vice President and, as is likely, one day even run for the White House herself.